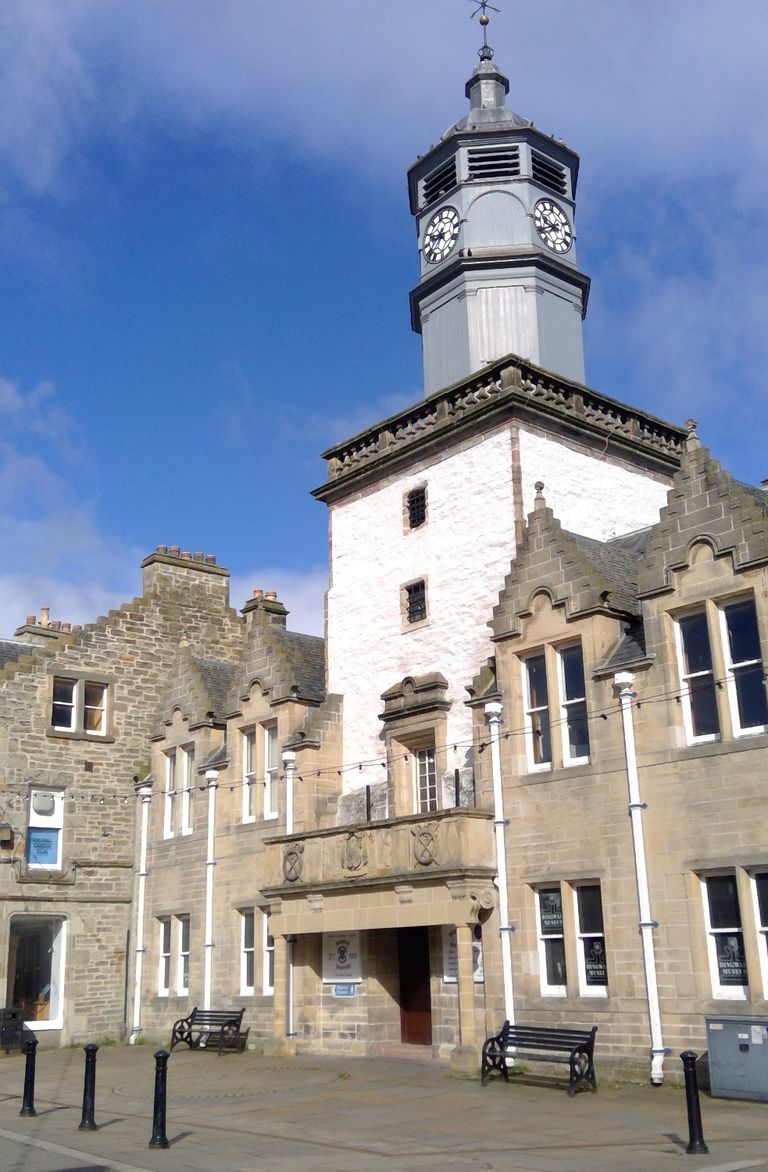 What has been happening hereabouts over the last few millennia?

We have Iron-Age tools and pots and memories of the vitrified fortress atop Knockfarrel. In one front window are the two Conan Stones, the small carved cross and the large (half-tonne!) cross-slab cut in Christian times somewhere in the 7th-10th Centuries AD when we were part of the Pictish kingdom of Fortriu.

After the Battle of Torfness in 1030 where Thorfin the Mighty, Jarl of Orkney, trounced MacBeth, that brought Inverferan into the Norse sphere. Thorfin set up the annual law-giving assembly ‘þing’ that met on the small hill north of the High Street and that gave us the name of Dingwall that has stuck ever since.

In our other front window is the tall Mercat Cross, not cross-shaped (although there’s a tang at the top that once supported … what? It stood for hundreds of years at the market cross-roads where the High Street and Castle Street cross, very likely erected to celebrate one of the Royal charters granted to the burgh, and the 1226 one from Alexander II is perfectly possible. He granted Fearchar mac an tSagairt the Earldom of Ross in the same year so the town’s powers could balance the Earl’s.

Since then wars, revolutions, famine and the Black Death have swept over the town and some of the ordinary fragments of history have found a place here in the Town House built for the Dingwall Burgh Council in the 1730s and used until the council was subsumed into the wider Highland local authority in 1975.

Dingwall’s history goes on all the time: you are part of it; come inside and look!